Although most forms of energy have the sun as their ultimate source (see box), the term solar energy is generally used to refer to methods of collecting light and turning it directly into a useful form of energy. Technologies such as:

The Ultimate Source of Energy…

Hydro-electric power: heat from the sun evaporates water, which falls as rain in high places, then flows down to a dam and drives turbines which generate electricity.

Wind power: winds are created by temperature differences caused by heating from the sun.

Wave power: driven by the wind.

Fossil fuels: petrol, gas and oil are simply biomass that has been subject to great pressures underground for thousands of years.

Exceptions to the rule: nuclear fission (moderated chain reaction splitting radioactive isotopes extracted from earth’s crust), tidal power (driven by the orbit and gravitational forces of the moon), deep geothermal (left over heat from the formation of the earth, plus radioactive decay) and nuclear fusion (like in the sun but still proving tricky to arrange on earth) 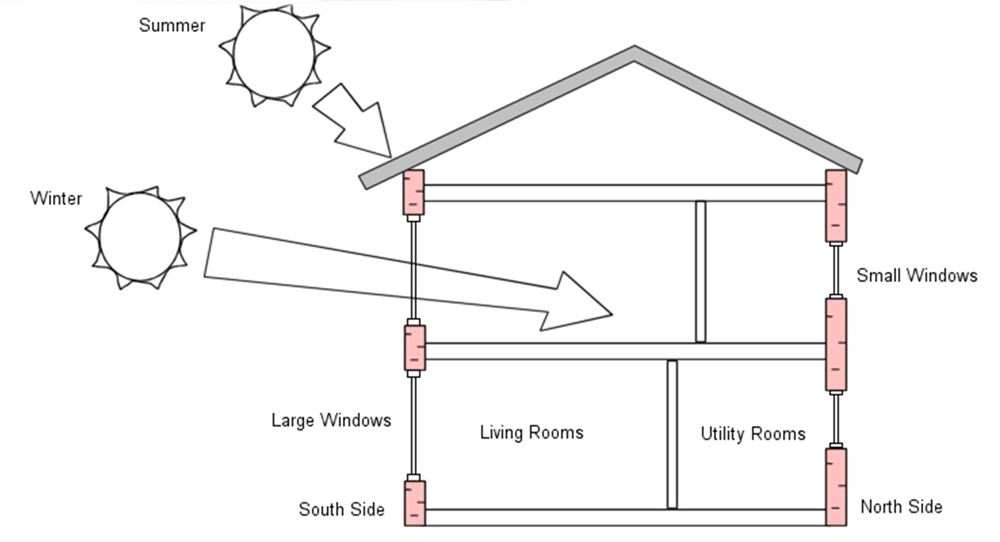 This form of energy is often taken for granted; but can contribute a significant amount of the energy demands of a well-designed building in the heating season. Sunlight enters a building through windows, and warms the inside. In an average house in the UK, passive solar gain contributes 14% of the heating demand.

Thoughtful design can improve this figure further with very little, if any, increase in the cost of building the property:

Care needs to be taken to avoid causing overheating in summer through the provision of too much glass, measures such as overhanging eaves and brise-soleil can provide shade in summer months (when the sun is high in the sky), while still letting the light into the building in the heating season (when the sun is lower in the sky).

Highly optimised passive solar design can provide 40% of the space heating load of a property. 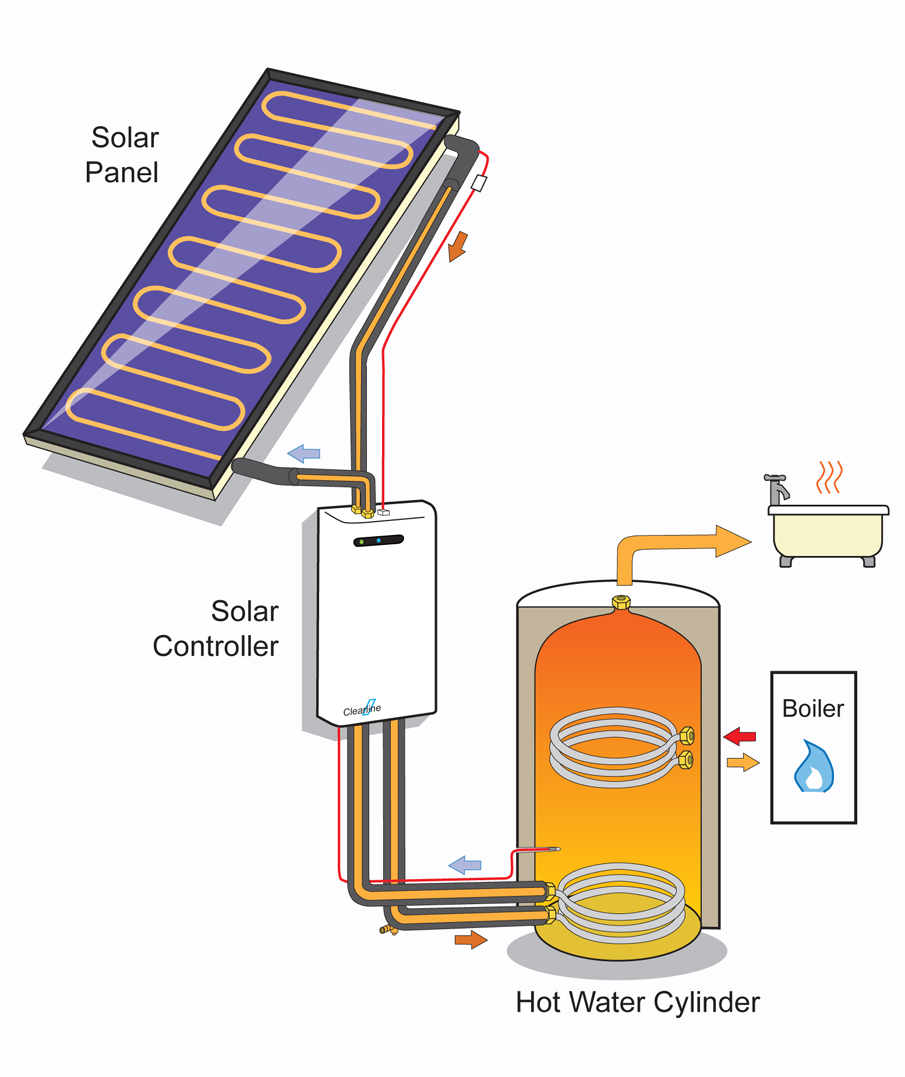 A solar thermal panel is simply a black surface that absorbs light, heats up and transfers the heat into a working fluid. It can be unglazed or glazed. Glazed panels can be flat, or made up of a collection of glass tubes. The working fluid moves the heat to a place where it is useful – perhaps a hot water store, swimming pool or directly to space heating for a building.

Panels with higher levels of insulation, such as a glazed cover above and thermal insulation behind do not require direct sunshine to operate and will collect heat on a cloudy day. Most commonly, the energy is used to provide for low temperature applications such as hot water for washing, space heating, feeding heat into district heating networks or providing heat to industrial processes.

In recent years, progress has been made using heat from solar thermal panels as an energy input to drive air conditioning plant, though these implementations remain largely experimental in nature. 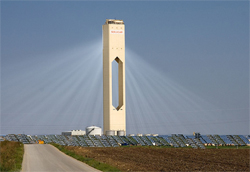 If the sun’s rays are concentrated by mirrors, much higher temperatures can be created. The light is focused onto a central point with a carrier fluid such as oil flowing through it. The oil heats up to around 400C, hot enough to heat water and make high pressure steam that can drive a turbine and generate electricity.

Solar concentrators only work in direct sunshine. The mirror is held on a support that can turn to follow the sun as it moves throughout the day, adding to complexity and cost. Because of this, they are only used in areas benefiting from a sunny climate, with more clear-sky days.

Utility-scale projects in countries such as Spain concentrate light from whole fields of mirrors onto a tower (image). 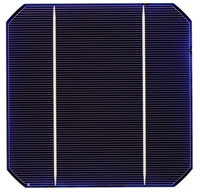 Photovoltaic (PV) cells, which convert light directly into electricity, first found application in space before becoming commonplace on devices such as calculators and watches and also providing power to locations without a connection to the electricity grid. As costs have fallen and efficiencies of PV materials have risen, governments (notably those in Germany and China) provided generous support that has seen the levels of solar deployment soar. Efficiencies of scale and fierce global competition drove the cost down, creating a virtuous circle of lower prices driving higher levels of demand and leading in turn to even lower prices that has been the defining feature of the industry in recent years. Solar PV has now reached a point where without subsidy it can compete with the retail cost of electricity in developed economies, and with wholesale electricity in sunny climates.

The most common technology uses thin wafers of silicon semiconductor materials, connected in series in a photovoltaic panel or module.

The direct current (DC) electricity the solar PV panels produce needs to be converted to alternating current (AC) for grid-connected applications. A solar inverter performs this trick, enabling any energy generation in excess of local demand to be exported to the grid and used elsewhere.